Ever wonder what the millionaire next door isn't telling you? What is he doing that your aren't? Well I'm going to tell you, but please don't tell them that i let the cat out of the bag… 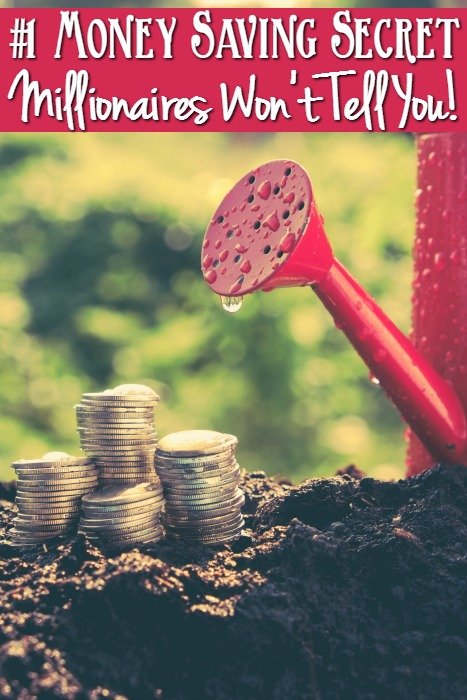 #1 Money Saving Secret The Millionaire Next Door Won't Tell You

Buy quality at the best price. That is it. Now before you roll your eyes at me lets expand on this for a minute. When you buy something cheap, and it lasts for say a month, and you have to buy another, your cost for the item just doubled. Let's use a dining room table and chairs for an example since it was a real life scenario for me. We bought a cheap dining room table and chairs when we got our first place. We paid about $100 for the set. Six months later we had one working chair left and a very wobbly table so bad no one ate there. So this time, we looked for a used set on Craigslist and got an another set this one with a china cabinet for around $150. A little over eight months later two chairs were broke, and the backing was coming off the cabinet. Here we are almost two years later and out almost $300.

This time, we bit the bullet and bought a nice set with eight chairs and a table leaf the whole nine yards, we skipped the china hutch and bought one later on. We paid around $250 on it during a huge going out of business sale. It has lasted us five years. So the lesson we sent $300 down the drain trying to be ‘cheap'.

Cheap items cost you money. The story above is a bigger priced item, yes but the concept is the same even with smaller priced items. Plus it's the smaller items that add up. Lose a pen buy another. Do that once a month and you could be spending $100 a year just on pens. When you buy cheap items, they aren't designed to last as long, and you will be buying that item over and over again, costing you more money than buying the better quality item at a higher price.

Buying the most expensive item is wasteful. On the other hand, don't buy the most expensive version with all the bells and whistles because you will waste money. Our little $250 table and chairs are suiting us perfectly, but we could have easily dropped $1,000 on another set. Would it have lasted as long as this one? Probably. But that would have been an extra $750 down the drain. This concept goes the same for cars, don't buy the Mercedes just to have a classy car when the Ford has everything you need. Don't buy the 7,000 sq ft home when in reality you only need 2,000 sq ft. You will waste money. Save your money.

Hand me downs. Ever notice rich families have a lot of items that are passed down from generation to generation? They keep things and don't get rid of them just to get something new. A year or so ago my great Aunt and Uncle died (Grandfather older brother and his wife) and when they did we got my grandfather parent's (my great grandparents) dining room set and china hutch. It had so much meaning but beyond that it was hand crafted and is amazing quality, and it has now lasted through a 4th generation. Now by no means are we ‘rich' but our families knew a thing to two about being frugal and that meant buying quality and holding on to something. We have several family pieces now because our families bought quality at the best price and used it until it wore out. These items outlasted them and were handed down from generation to generation.

The moral of this story loops back to buying quality items at the best price. Notice we got that $250 table at a going out of business sale. The quality wasn't any less just because the company had made a bad choice and put two stores too close together; I just got a better deal because of it.