England is one of the longest standing monarchy’s in the world, and it is a great country to explore with children. The history of the island is long and very complicated, especially for children that didn’t grow up studying English history. From castles to holiday, England has a lot of interesting topics for kids to learn about.

Learn About the English Flag

Using the flag template as a guide, have children create the Flag of England using construction paper and a glue stick. Attach the flag to a magnet and enjoy!

England celebrates several different holidays that we do in the United States. One of those holidays is known as, Guy Fawkes Day, when a group of men tried to assassinate King James 1 and install their own king. The plan was foiled and to this day the British burn Guy Fawkes effigies. Help children create their very own Guy Fawkes effigy using the site provided as a guide.

Cut each template piece out of the construction paper and assemble your paper towel tube Guy Fawkes effigy.

Teatime is a very important social event in England, with everyone young and old stopping to take the time to enjoy a cuppa. Give kids the chance to enjoy their own cup of tea when they create a paper towel roll teacup for the table and learn about the customs and etiquitte that goes along with tea time.

Learn About the Royal Family

England is most known for its royal family, and the Prince, Princess and their son are the most sought after royals. Talk about the history of kings and queens in England. How has the monarchy survived in England for so long? Help children create a royal crown that they can wear throughout the day. 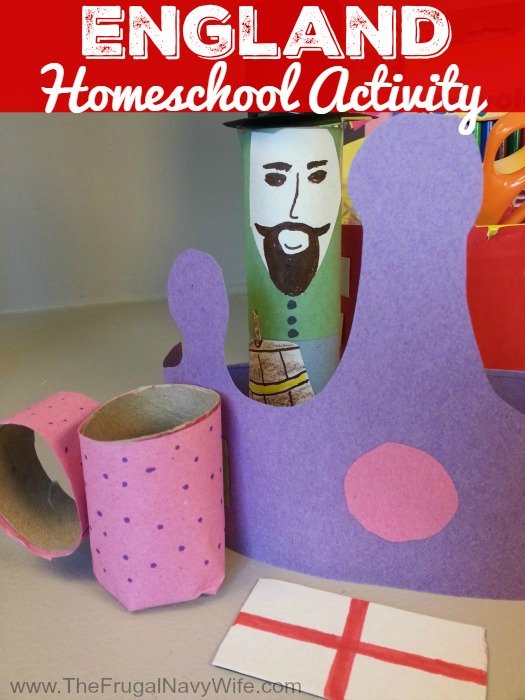