When is the last time that you stood in the store (or sat on a website) looking for a deal and were comparing a “deal” priced item versus one with a higher price? If you’re like most deal seekers, probably pretty often. More often than not, you probably go with the cheaper deal in an effort to save. What you may not realize though is that those cheaper items are killing your budget. 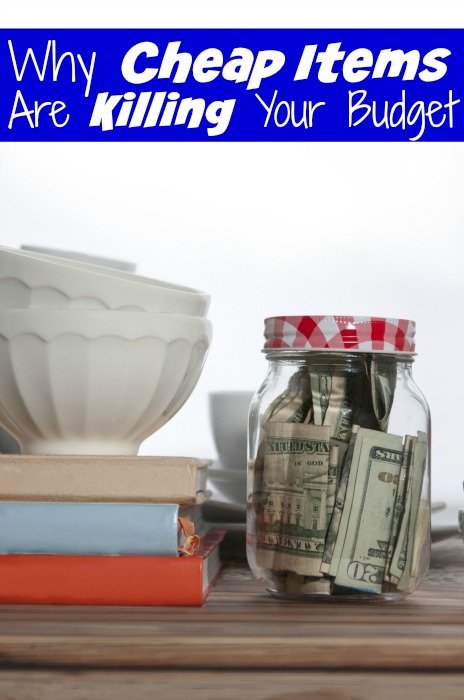 Why Cheap Items Are Killing Your Budget

When you buy a “cheap” item, the quality of it is generally not great. This means that you’ll usually have to replace it before you get your monies worth out of it. This is especially true if the item is significantly less than other brands and models. If the average price is $50.00 and you’re paying $10? Chances are that you’re buying junk.

I’m more than sure most of us know that, but you may not have made the connection as to how it’s killing your budget.

If you’re buying cheaper items that need to be replaced more often, you’re spending more money to replace those items. Instead, you could have bought the more expensive item and replaced it less and spent a lot less money in the long run.

Let’s look at the math:

Say you want to buy a $10.00 kitchen appliance and that appliance breaks 10 times. You’ve now spent $100 minimum to replace it and that’s assuming that the $10 price never increases.

By making the decision to go with the cheaper item, you’ve not only cost yourself a fairly decent amount of money, but a lot of time spent shopping for replacements, waiting on shipping, driving to the store and more.