I was very excited to get this for my 5-year-old son, I mean really dinosaurs + boy = fun. I decided to open this before giving it to him so I could look at all the parts and review it. The packaging was attractive and gave a lot of information regarding the toy. The only thing missing would have been the need of a small screwdriver to open. I had batteries on hand, the box clearly listed sizes needed. I recommend having new batteries for the T-Rex its self. It does come with batteries but ours were dead. 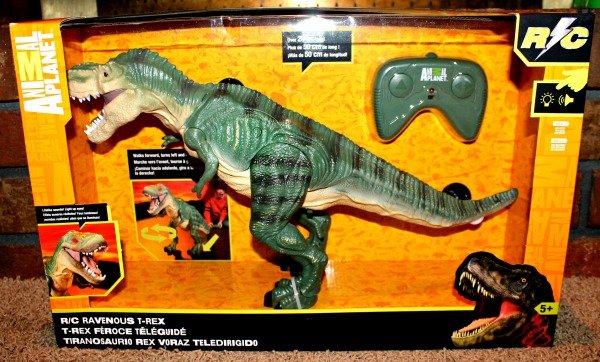 Removing the T-Rex from the box proved to be much more difficult then it looked. The screws on the back of the box were easily removed. The stabilizing “Cones” that held the T-Rex in the box were difficult to remove. The screws were difficult to unscrew due to being so deep in the cone. I had to find a skinny long screwdriver that fit. Once those were removed, it was a simple matter of cutting a zip-tie to remove T-Rex. All I could think about was poor dad when I was a kid trying to get a box open fast enough on Christmas day. I feel his pain now. 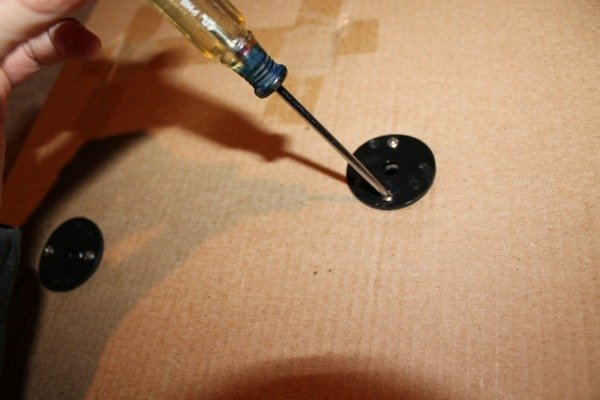 The Ravenous T-Rex takes 5 double A batteries. 3 in the tail of the T-Rex and 2 in the remote. Once all batteries are in place T-Rex is easy to operate. The forward arrow on the remote moves T-Rex forward and the side to side arrows turn the T-Rex. T-Rex roars as he walks and his eyes light up red. 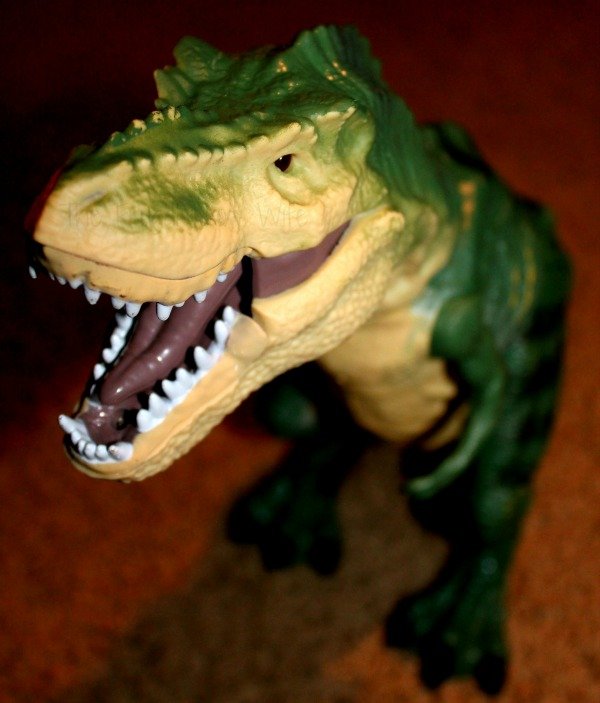 I found this to be a bit young for my 5-year-old son. I think it would be a much better fit for my 3-year-old nephew. My 18-month son was with me when I was testing T-Rex. He would step backwards when it was walking directly at him but was not at all frightened. I let my 5-year-old play with the T-rex and he thought it was cool and fun for about 10 min. Once he chased the dog and made T-Rex walk in circles he was done with it. I think an age adjustment would increase the excitement of this toy. I think a child 3-5 would enjoy this. 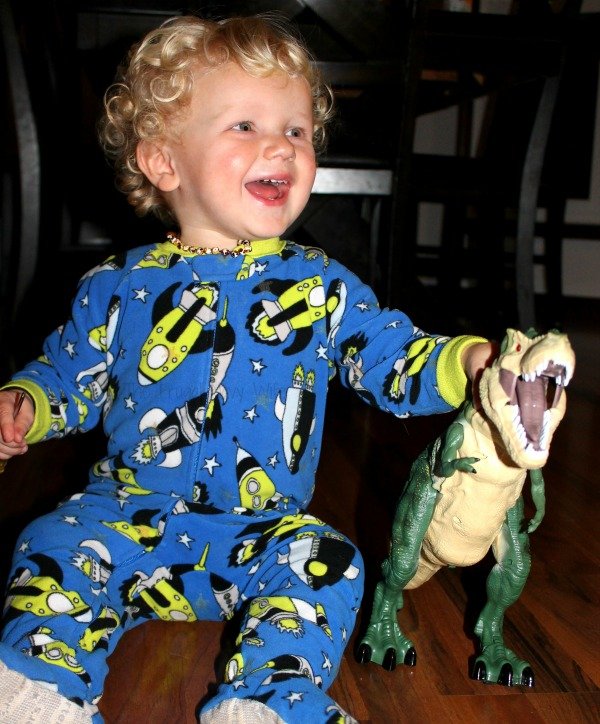 I have read reviews on other brands of similar R/C dinosaur toys, many complain of cheaply made products. Many other brands have parts that fall off and a motor that makes loud noises. The Discovery Toys Ravenous T-Rex feels very high quality. The skin has a bumpy texture that resembles images of dinosaurs. The wheels of the T-Rex worked very well on the hardwood floor and the area rugs, carpet was a bit more than they could handle. There was no noise from the motor and the gears moved smoothly.

I would recommend the T-Rex for any young child that is fascinated with dinosaurs.

I received the R/C Ravenous T-Rex free from Discovery Toys/Animal Planet in exchange for my honest review. All opinions remain my own.