I recently shared My Worst Mommy Moment. After 4 kids the 4th one really did me in! Not to long after that I had reader Quimby email me her worst mommy moment. She was out of the country! oh my if tops mine and she has been gracious enough to let me share her story. Read her Worst mommy moment – England Version below. If you would like to share your worst mommy moment please email me at [email protected] with subject ‘Worst Mommy Moment' I won't share it without your permission! I would love to hear it even if you don't want me to share it! 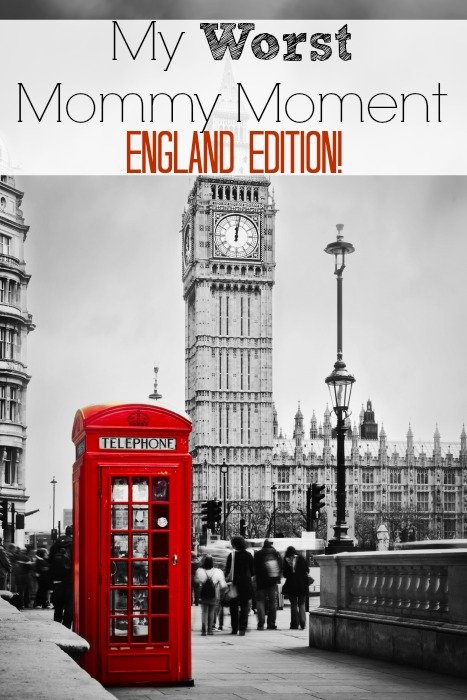