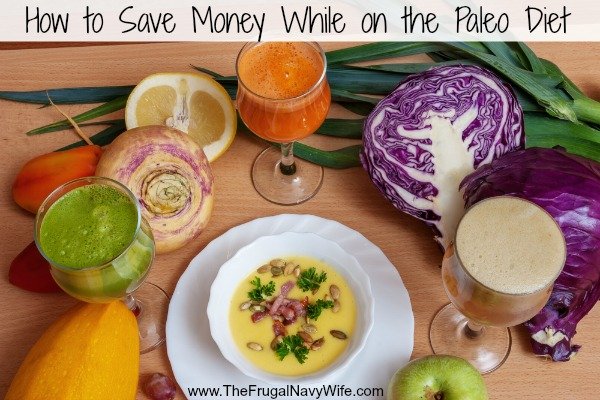 How to Save Money While on the Paleo Diet

The Paleo diet is a diet commonly referred to as the “Cave man diet”. Many people are starting to eat this way not only to lose weight but because of its health benefits. It is a more “raw” way to eat and therefore is often more expensive because it consists of lots of protein and lots of unprocessed foods. There are many ways people follow the paleo diet and some are more lenient than others. For the purpose of this post, I will share general tips.

Learn to cook. Buying products that are labeled “paleo” are going to cost you more than just cooking the paleo way. Not only will you save tons of money cooking from scratch, but it will often yield better results and give you more variety as well.

Use your slow cooker. You can get tougher cuts of meat and cook them in a slow cooker making them tender and good. These tougher cuts are often a lot cheaper than the better cuts and they yield more food in the end.

Keep a close eye on waste. Learn to use everything.  Waste is money down the drain. It is as if you took money out of your wallet and threw it in the trash bin. Have a plan in mind for excess and try to prevent it by making more frequent trips to the store.

Team up with a friend or relative that is eating a paleo diet. You can help each other buy purchasing food like half of a cow or large quantities of produce directly from local farmers and splitting the cost and goods.

Make fishing or hunting a part of your life. What is more paleo than hunting your own food? The only costs associated with it are the licenses, preparation and tags needed. Make sure to follow all safety regulations as well as law. If you make it a plan to fish all season, you could have it for months to come in your freezer.

Use Paleo friendly carbs to stretch your diet such as yams, parsnips or beets. While some may argue that these are not allowed or only allowed in moderation, they are low cost carbs that are generally accepted by many that follow the paleo diet.

Don’t buy pre-packaged condiments. Sure, you can buy mayo made with olive oil, but you can make it for way less than you could buy it and you can make it take on new tastes with seasonings.

Keep eggs as a regular part of your diet. They cost less than 20 cents each and are a wonderful source of protein.

Eat in season. Just like for any food budgeter diet, eating in season is always the cheapest option. Look at the list of approved foods and find out which season they are the lowest price and plan your meals around that.

While wheat flour is not allowed for paleo dieters, coconut and almond flour are. If you want to pay less, buy it from the bulk foods section.