My husband and I come from a long line of military. His grandfather was in the Navy and took part in Normandy, he also had an uncle killed in WWII. My Great uncle was in WWI as a parachute and my grandfather served in the Korean War. My other grandfather was an officer in the Navy and worked on Subs. My uncle was in the army, marks brother in law was also in the army and his twin brother was Marine. Just about everyone mentioned has seen war time and deployments. That is why this Turns for Troops program is so personal for me! 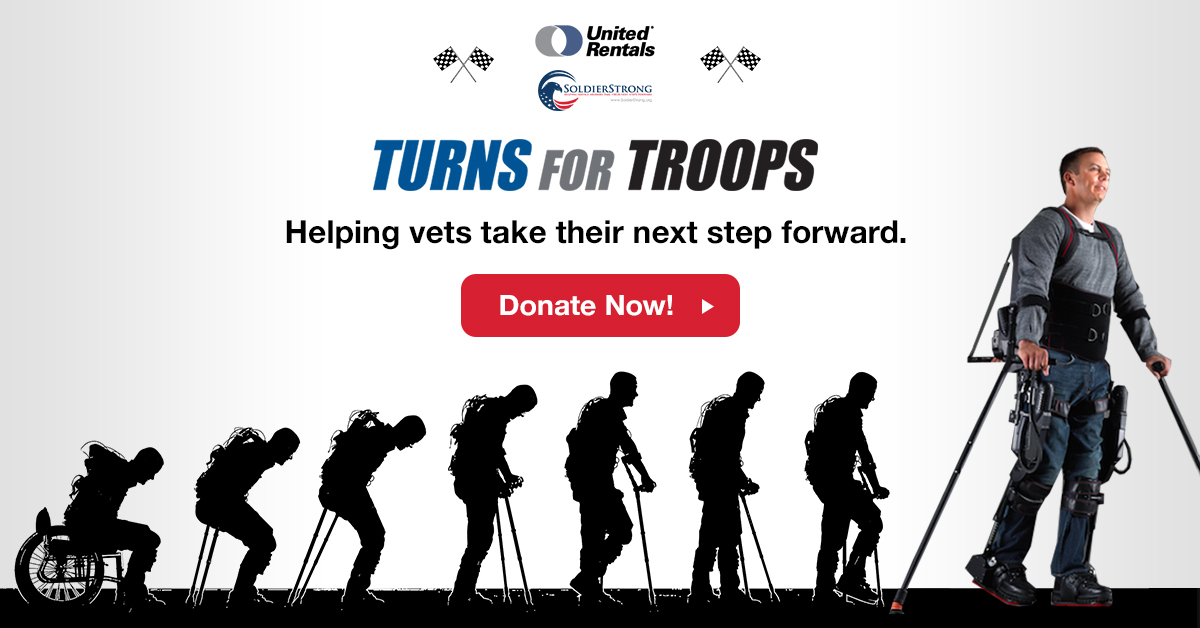 Have you ever heard of United Rentals? They are the world's largest provider of rental equipment. They have over 880 locations in the US and 10 in Canada so that they can provide the absolute best service nationwide. They also care about the US Military too. US Veterans make up 13% of their employees and they also provide tools such as their Military Skills Translator Tool, which helps qualified veterans get recruitment help and work placement. Because of this commitment to the US military, United Rentals has partnered with Soldier Strong for the Turns for Troops program! SoldierStrong provides scholarships for returning veterans and partners with top notch rehab and technology programs to literally help injured vets “get back on their feet.”

Now, with the Turns for Troops program and the help of United Rentals, they are asking for your help! Do you watch Indycar racing? Yes? If not, did you know that it is the top level of open wheel racing in North America? Even if you think it's just silly for cars to drive in circles, watching now can help our injured vets! The United Rentals' Turns For Troops program $50.00 to SoldierStrong for every lap completed by Graham this racing season up to $100,000! That's a whole lot of help right there!

United Rentals and the Turns for Troops would like to invite you to not only check out the Turns for Troops website, but to donate to SoldierStrong as well! For every $50.00 that is donated, Soldier Strong can provide 1 day with the ability to move freely to one injured veteran meaning that your money could help give an injured soldier use of his legs or feet again. I can't personally think of a better use for a donation! To date , they have raised over $84,000!! Totally amazing!

Our military men and women do so much for us. Isn't it time that we pay them back when they need us the most? Head on over and checkout the Turns for Troops website then donate what you can. Every bit helps and for the soldier who is on the receiving end? Your gift will mean the world.

This is a sponsored conversation written by me on behalf of United Rentals. The opinions and text are all mine.