This is a sponsored conversation written by me on behalf of Chevrolet via MSB New Media. The opinions and text are all mine. 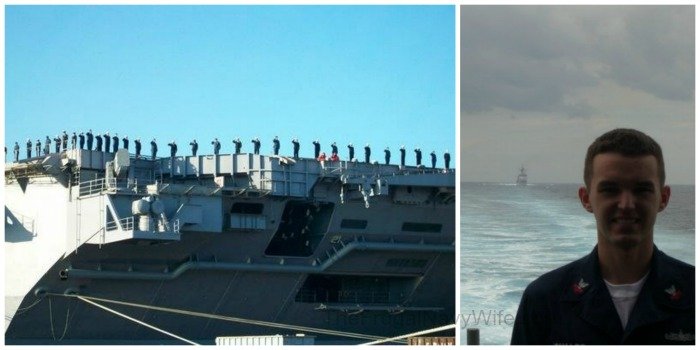 With it being Military Appreciation Month I think we need to celebrate the Military Spouse Advocates in our community. Military spouses are strong, because they have to be! Not only do they raise their kids during deployment, keep the homefront going taking on all the responsibilities of their spouse, they have to find their new road to the everyday normal with their spouse gone but they have to be their spouse's biggest cheerleader while he is overseas as well. All while not falling apart like we feel like we are on the inside.

This strength produces some of the most amazing Military Spouse Advocates. These women give their time and their resources to support others. Women like these have inspired many companies across america to do the same! It's these same military wives that support the USO and put on the great deployment parties for other spouses. They put together the homecoming celebration for families and so much more!

Chevy is one of those companies! Did you know?

GM employs nearly 5,000 veterans and has close to 45,000 current retirees who have served in the military. To help expand this effort, GM Service Technical College is working on a number of initiatives that encourage the hiring of returning veterans. With help from the U.S. Chamber of Commerce and the National Chamber Foundation’s Hiring Our Heroes program, GM is providing dealerships with free access to over 400 Hiring Our Heroes job fairs that connect them to veteran applicants with a diverse array of skills. The Hiring Our Heroes initiative has helped more than 200,000 returning military service members and their spouses find training, career counseling and employment opportunities.

In July of 2014, General Motors along with the U.S. Army and Raytheon Company announced the Shifting Gears Automotive Technician Training Program. The Shifting Gears program provides eligible transitioning Army soldiers with skills to become service technicians at GM dealerships after they return to civilian life.

Then they go and take it one step further! They give military an AMAZING discount!

Did you know? During Military Appreciation Month Chevrolet has the best military discount program of any car company.  True story.

Chevrolet honors the military with great discounts because those who serve deserve a great discount. Chevrolet is proud to extend their military discount to Active Duty members, Reserves, Veterans within one year of discharge date and Retirees — including their spouses — of the U.S. Air Force, Army, Navy, Marines, National Guard and Coast Guard. This great value gives you a special discounted price below the MSRP. Plus, you can combine this discount with most current offers to save even more. USAA members also receive an additional $750 private offer.

So if you are looking for a new car? Head over to your local Chevy Dealer and see what amazing deals you can score!

ALSO! Don't miss the Twitter Party on WEDNESDAY May 27th at 9pm EDT! Join MSB New Media for the #Chevy Salutes Twitter party as we talk about supporting our military community as they find new roads after military service. Awesome prizes such as 2 iPad Mini's and (4) $100 Gift Cards, great conversation, and tons of fun promised! 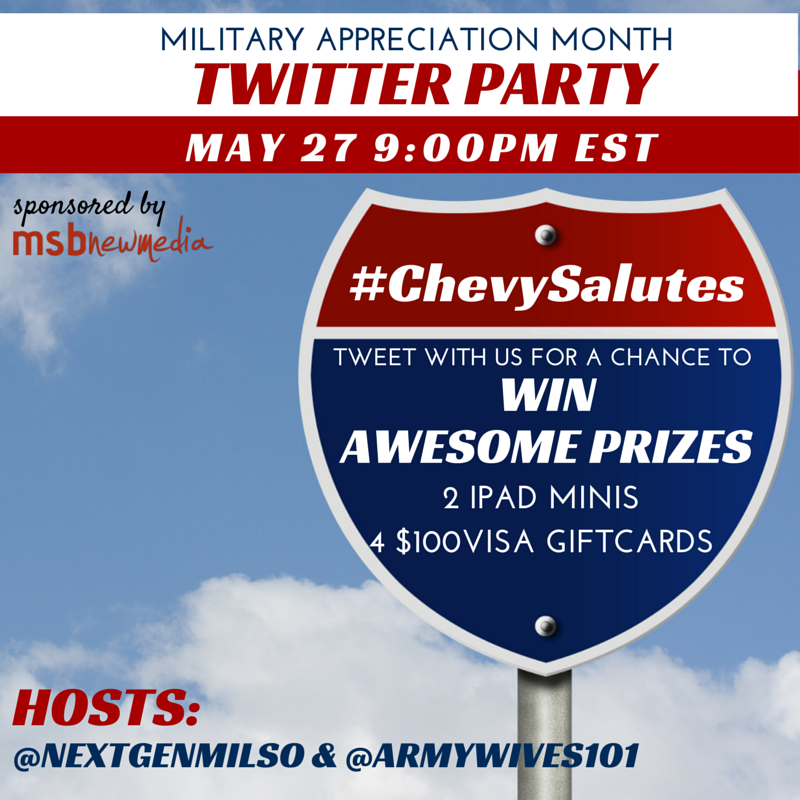 Don't forget to connect with Chevy on Facebook, Twitter and Instagram if you are looking for a new car or a new job you can get all the details right from the source! Plus it doesn't hurt to see a picture of a nice Corvette cross your Instagram newsfeed every now and then, am I right?!